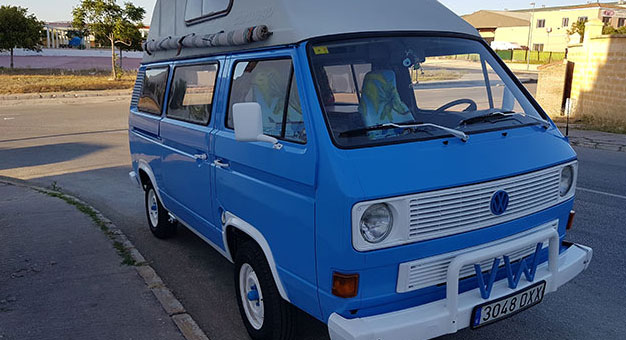 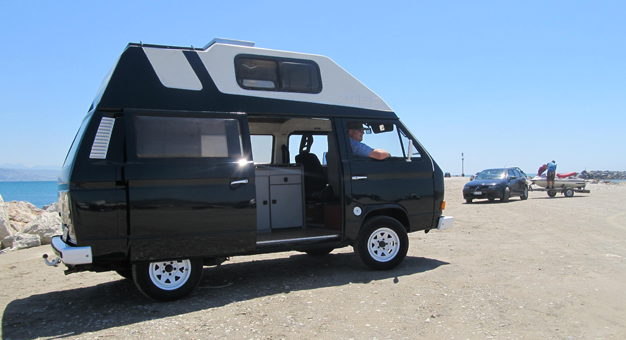 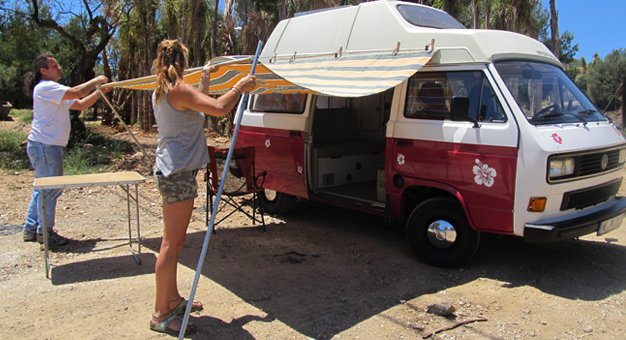 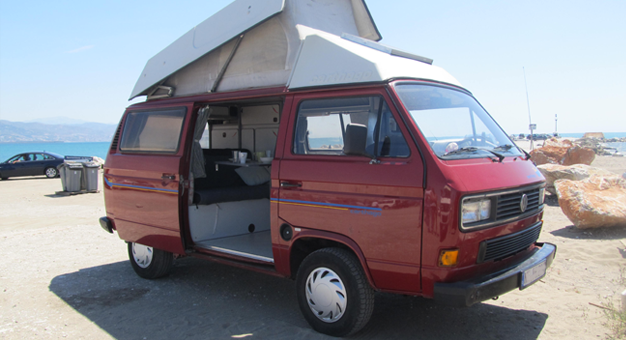 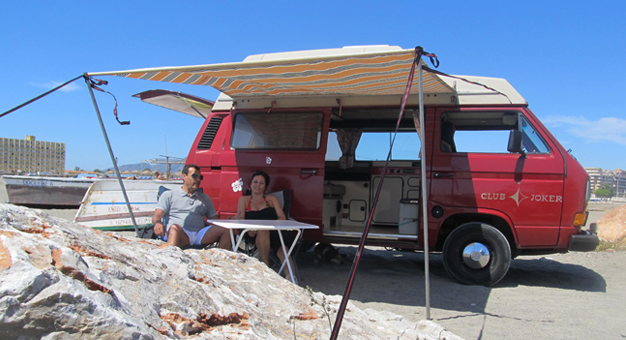 Following the T2, the T3 (or Type 25) initially featured air-cooled and subsequently water-cooled engines. Versions produced in South Africa from 1990 until 2002 featured an Audi five-cylinder engine.

Volkswagen marketed the Westfalia camper variant throughout the T25's (T3's) production, with features including a pop up roof, refrigerator, sink, and stove.

Examples built between 1980 and 1985 featured round headlights and chrome-plated steel bumpers with plastic end-caps. Air-cooled models (1980 to mid-1983) lack the lower grill above the radiator of the water-cooled models, except on models with factory air conditioning. 1986 model year vehicles received revisions including a tachometer, more fabric choices, redesigned air conditioner, larger water-cooled engine with a more advanced engine management system, and redesigned transmissions including an optional syncro four-wheel drive. Exterior changes include rectangular headlights and different paint options. Alloy wheels, larger and squarer plastic bumpers with trim along the rocker panels were optional, and standard equipment on Wolfsburg Edition vans. For 1990 and 1991 model years, a "Carat" trim level was available which included all available options (except Westfalia conversion).

All 1980 and some 1981 models had eight welded-in metal slats covering the engine ventilation passages behind the rear windows. Later models had black plastic 16-slat covers that slotted in at the top and screwed down at the bottom.

During the 1980s, the U.S. Army and Air Force in Germany used T3's as administrative (non-tactical) vehicles. In military use, the vehicle's nomenclature was "Light Truck, Commercial".

Porsche has created a version called B32 in a limited edition. The van was equipped with 3.2 liter Carrera engine and was originally developed to support Porsche 959 involvement in Paris-Dakar race.

Oettinger has developed a six-cylinder version called WBX6. The engine is derived from the "Wasserboxer" engine and has many common parts with it. The development of the engine was originally contracted to Oettinger by VW. Oettinger bought the rights when VW decided not to use it.

With the internal combustion engine and transaxle mounted very low in the back, the T3 had much larger disc brakes in the front, and drums in the rear. Axle weight is very nearly equal upon both the front and back ends of the vehicle.

Unlike the T2 before it, the T3 was available with amenities such as power steering, air conditioning, power door locks, electrically controlled and heated mirrors, lighted vanity mirrors, and a light above the glove box (most of which were essentially standard equipment in later models).

The automatic features a 1.0 ratio top gear, while the manual features a 0.85 top gear.

The oil filler tube for the engine is located behind the flip-down license plate door. Most early vans had a twist-on/off gas cap right on the outside just under and behind the passenger side door. A locking cap was optional. The spare tyre lies in a tray under the very front of the van (as the engine is in the back), just below the radiator.